SuChin Pak was a high-school junior when she accepted an offer to host a weekly teen show that aired on her local news channel. At the time, she didn’t consider being a TV journalist her dream job, let alone a viable career option.

But years later, in 2001 and at 25 years old, Pak broke barriers by becoming MTV News’ first Asian American correspondent. She would appear on TV screens across millions of living rooms over the next decade-plus, reporting on everything from celebrity red carpets to presidential elections to international relief efforts.

It took her years to feel like she was the real deal, Pak tells CNBC Make It, and even her parents weren’t totally convinced of her journalism career. Pak was in her 30s when her mom joked it wasn’t too late to become a lawyer. (Her parents eventually came around after Pak’s third time at the MTV Video Music Awards, when her appearance was written up by a Korean newspaper. “I remember that being framed in the kitchen for a really long time,” Pak says.)

Since leaving the MTV News correspondent job, Pak has reported on ABC, NBC, Discovery Networks, Oxygen, and E!. Most recently, she became co-host of the podcast “Add to Cart” and contributed the introduction to MTV Books’ “My Life: Growing Up Asian in America.”

CNBC Make It spoke with Pak, 45, about why a survival mentality, connecting with co-workers and having fun are key to building a successful career.

Taking risks with a ‘survival mentality’

Pak was born in South Korea before moving to the Bay Area with her family when she was young. She learned a “survival mentality” watching her parents run a restaurant, which kept her motivated when she decided to pursue TV — something she didn’t think would be easy or possible.

“I didn’t see other faces like myself other than Connie Chung on a national level,” Pak says. “And so for me to pursue this version of my career, I had to have a certain mindset of: ‘This is it. I don’t have a plan B. I’ve got to make this work.’ So there is that survival mentality a lot of entrepreneurs, especially immigrant entrepreneurs, have that has driven me.”

It’s all about having the courage to push past discomfort and try new things, she adds. “You have to say yes to things that aren’t familiar to you, or that you’ve never done before, to succeed. That’s something that I’ve seen my parents do again and again in this country as they’re making their their way.”

Breaking barriers as a first

Pak says she didn’t think about her Asian American identity all that much in the MTV newsroom. Becoming an MTV News correspondent at all felt more like a personal milestone than anything. But, because social media wasn’t a thing and the internet was in its infancy, Pak muses, it didn’t dawn on her until years later the impact of being the first Asian American face of the pop culture juggernaut.

A turning point came when she led “My Life (Translated),” a documentary series that followed teens from immigrant families as they experienced dating, prom, college and all the trappings of young life.

“That was the first time that I really understood I could find so much satisfaction in talking about who I was, in the absolute sense,” Pak says. “I could talk about being Korean American. I could talk about my family. I could let people into this personal part of my life and know it would be accepted, and that it would be celebrated.”

What to look for in a career

Pak used to think that work and life were entirely separate, but being at MTV changed her mind.

It was a big shift, Pak says, “once I realized a career isn’t just a place where you work, but a career is something that informs your entire life.”

For people building their career or figuring out a next move, Pak puts it this way: “There’s a lot of pressure to figure out what your career is. What you have to really focus on is the quality of the time that you spend somewhere.”

Self-advocacy in the workplace

As the only woman in the newsroom for much of her time, let alone being an Asian American woman, Pak had to learn to advocate for herself quickly.

She was often assigned to interview female pop stars but worked to pitch “meaty interviews,” she says: “It’s great to get dressed up and stand on a red carpet in heels. But it’s also great to put on a helmet and fly in a helicopter to cover war and rescue efforts.”

Pak says one of the most important ways she’s progressed in her career has been through her network of former MTV colleagues and connections. “It’s crazy that I have had a career almost solely based on people I’ve worked with,” she says.

People, no matter where they are in there career, should make it a priority to find a mentor at work. It doesn’t have to anything formal, she adds. “It can be fostering just a relationship with someone that you have a connection with.”

Opportunities can come from unexpected places. In 2019, Pak met her “Add to Cart” podcast co-host Kulap Vilaysack in the AAPI breakout group of Time’s Up Entertainment. “I was trying to get more diverse voices fighting for representation in the media,” Pak says, “and then I met my co-host.”

Advice to her 25-year-old self

Sun Jun 12 , 2022
Sean Lowe and Catherine Giudici Lowe, former stars of ABC’s The Bachelor, are selling their five-bedroom home in University Park for $5 million. According to tax records, the couple purchased the home in April 2022. Property history information shows that the home was listed again about a month after the […] 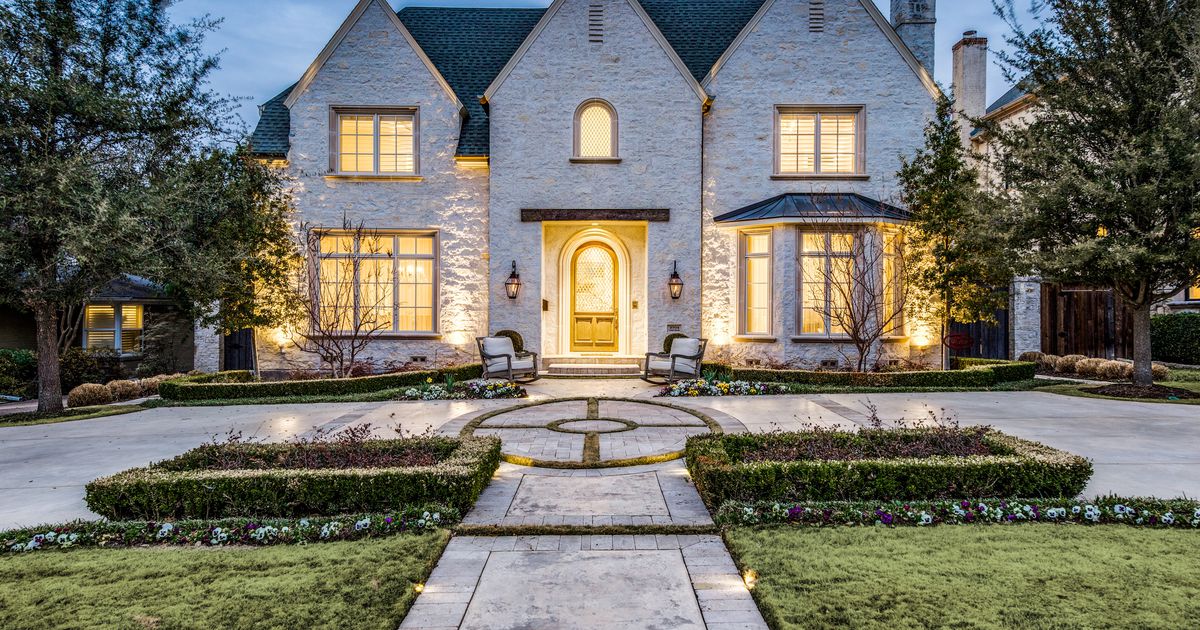