In some parts of the U.S., a familiar scenario seems to be playing out once again.

In the early 2000s, easy access to subprime mortgages helped home values in many communities across the U.S. shoot up to dizzying heights, only to crash down in an epic collapse in 2008 that took the entire economy with it.

In some markets, homes are now overvalued, raising the risk of future price corrections. CoreLogic says the following markets are the most overvalued in the U.S. Are they headed for a fall?

“Prices have been rising like crazy for houses and condos in 2021. Prices were on the rise previously, but the shift this year has been significantly eye-opening.”

Florida remained open during the COVID-19 pandemic while other states shut down. That fact may have helped attract buyers from locked-down places such as New York, California and Oregon and encouraged them to grab their flip-flops and head south, driving inventory lower and prices higher.

Located in Citrus County, along the state’s west coast, Homosassa Springs is another Florida town that attracted many types of buyers during the pandemic. By the end of 2021, the number of homes for sale had plummeted 25% as buyers snatched up whatever was available.

Hint: This will not be the last Florida market you will see on this list.

How expensive have things gotten in the central Arizona city of Prescott? According to an analysis by the University of Arizona’s Eller College of Management, Prescott was the least affordable metro in Arizona.

Just 37.3% of families earning a median income can afford a home in the market.

Home to the famously relocated London Bridge, Lake Havasu City is another Arizona market on a tear.

According to one report, sellers in the Lake Havasu City-Kingman metro area raked in a 72.1% profit for a typical home sale during the third quarter of 2021.

“The bidding wars are unbelievable. It’s very frustrating to buyers because they think they’re going in with the best possible scenario, especially when they’re paying cash, and then they end up not getting it.”

Naples has never been cheap, at least by Florida standards. Now, if you want a home in this city, you better bring some cash.

More than half of home sales in Naples are all-cash deals now, according to Redfin. One Florida real estate agent told Redfin that savvy buyers know that when competition is fierce, cash is king.

As we previously reported, the Austin housing market has gone bonkers.

Like many markets in the U.S., a lack of available housing stock is pushing prices much higher in the Texas capital. And inflation isn’t helping matters. As Ashley Jackson, president-elect of the Austin Board of Realtors, told local TV station KXAN:

“We do still expect pressure from inflation, which will affect especially new construction and the cost of supplies for building a home and potentially also the building timeline, how long it takes a house built in our area.”

In Flagstaff, soaring housing prices are outpacing rising wages by a wide margin. So, the City Council recently voted unanimously to adopt a 10-year housing plan intended to address the problem.

The plan includes perks for homebuyers, such as down-payment assistance.

To the south of Punta Gorda, Cape Coral has grown at an exponential rate. By one estimate, the population has increased by nearly 700% in the past five decades.

High housing costs have been a problem in Cape Coral for more than a decade, and Collier County — where the city is located — is promising to explore options for providing more affordable housing.

One final Florida city — North Port — rounds out the list of most overvalued markets. In total, six out of the 10 cities on this list are in the Sunshine State.

For more tips on landing your dream home — despite high prices — read “12 Tips for Buying Your First House.”

Disclosure: The information you read here is always objective. However, we sometimes receive compensation when you click links within our stories.

Fri Apr 15 , 2022
While not unheard of, it’s admittedly a rare occurrence when a home’s square footage, as well as a client’s budget, is large enough to accommodate multiple master bathrooms in a residence. Designing within those parameters can be a resolution for meeting the demands of partners who have contrasting style preferences […] 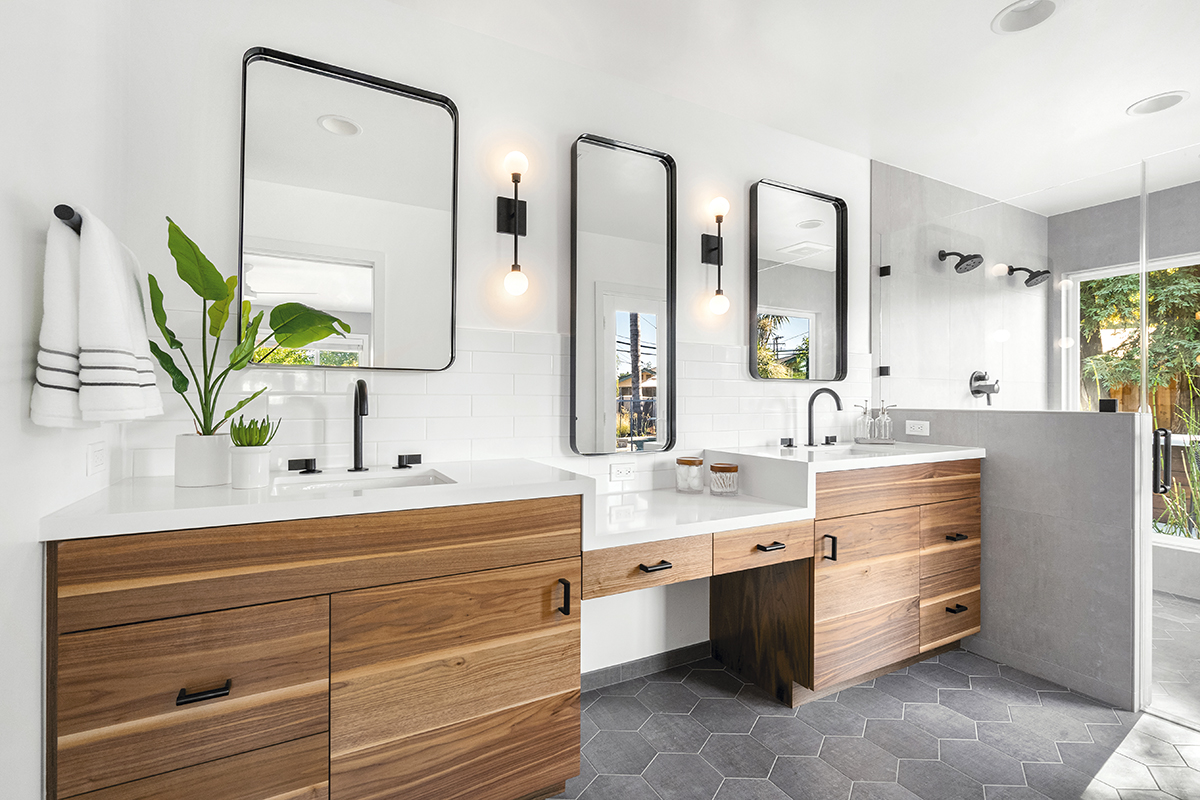