BEMIDJI — In a dimmed room filled with community members and government officials, a presentation was given on Thursday that took a project three years in the making one step closer to reality.

The presentation, held April 7 at the Northwest Indian Community Development Center in Bemidji, marked the completion of the first part of a feasibility study on a project called the Healing House.

The proposed center would provide space and assistance for Indigenous women who have experienced different forms of violence or abuse and who have been involved with the criminal justice system.

“It’s a good day to start on a different journey and a pathway and think about our Native citizens here as valued assets and community members,” Martin Jennings, executive director of the NWICDC said. “It all starts with family. It starts with women.”

Native American women, who are already more likely to be victims of sexual violence and abuse, also experience disproportionate levels of incarceration. This project would aim to address the connection between these statistics, and help women as they re-enter their communities.

“We know that so many of the women who are in (Department of Corrections) custody are also victims,” said Nikki Engel of Violence Free Minnesota, who has worked with Natasha Kingbird of the NWICDC on the project since its inception in 2019.

One of the first steps of the project was hearing the stories of Native American women who were experiencing incarceration and listening to what they needed from a project designed for them.

“Being with the women and listening to them, seeing them on the ground every day, also seeing women after all these years pull themselves together,” Kingbird said. “It’s brought me to support these women and really look at the issues they face.”

The team interviewed 62 incarcerated Indigenous women who told them about their histories, their childhoods and their traumas.

“We wouldn’t be where we are today without the generosity of those women in sharing their stories,” Engel said, “trusting that those stories were going to go somewhere to influence change in Minnesota.

The Healing House would serve as a transitional home for Native American women after they are released from custody, but unlike other facilities with similar purposes, this center would be built on the foundations of Indigenous culture.

“We’re understanding collectively that culture is the only answer,” said Renee Gurneau, a community member who attended the event. “We’re used to other people calling the shots in our lives rather than our own people, our own spirituality.”

This led the project team to partner with DSGW, a Minnesota-based architectural firm that specializes in Indigenous design and has partnered with tribes across the U.S. on projects like the Ain Dah Yung Center, an emergency shelter for Native American youth in St. Paul.

They brought in DSGW architects Michael Laverdure and Rebecca Lewis to conduct a feasibility study on the proposal, and to bring together all of the team’s ideas into something that could become a reality.

The project’s team spent two and a half days working with Laverdure and Lewis discussing what the Healing House should look like, what it might include and how traditional Anishinaabe culture could be included in the structure.

As the conversation progressed, different priorities came to light: creating a safe haven, incorporating nature and the outdoors and giving the center’s residents the ability to choose.

“I think choice is sometimes taken away from us in so many different places, but sometimes inadvertently architects can take it away from us with buildings, too,” Lewis said. “What people told us is important to them is that when they come in that front door … they had the ability to choose.”

These ideas led to the creation of a rough site plan that outlined what a finished Healing House might look like. The plan includes a building with two wings of living spaces and a central area that would be for social gatherings and programs.

It also detailed a sketch of what the outdoor space might look like, which included multiple cultural considerations like a sweat lodge and a sacred garden where traditional medicines like tobacco and sage would grow.

Also in the plan was a walking path with areas of reflection based on the Seven Grandfather Teachings from Anishinaabe culture: love, respect, bravery, courage, truth, humility and wisdom.

The last of these reflection points would serve as a memorial for victims of violence and abuse who didn’t make it, and it would be one of the first things people would pass as they approach the center.

Another focus of the group was ensuring the sustainability of the project. This would be done by promoting cultural teachings of sustainability alongside green building practices.

“All of these things kind of align with the core of this project, of healing, not just themselves but of Mother Earth,” Laverdure said.

While not a formal plan, the study created a set of guiding principles for the project that will be used and looked back on as the Healing House progresses.

“This is just a study, so things change,” Lewis said, “but this study will help provide that foundation for the ideas and all of that thought process on how to make this project successful.”

The second part of the feasibility study will decide what the center will look like and estimate what it might cost. The full report is expected at the end of June.

In the meantime, the team is looking to hire a project manager, funding for which is included in the proposed budget bill currently in the Minnesota Legislature.

Local elected officials at the presentation offered their assistance and agreed to support and collaborate with the Healing House team as the project continues.

“This is really encouraging to see stakeholders in the city in this space with us working cooperatively together,” Jennings said. “This is really critical work that we’re involved in.”

While plans for the center develop, the ideas that it’s built on are being put into action with a small-scale version of the project beginning in Bemidji.

This “prototype” is a partnership between the Department of Corrections and the NWICDC, which rented a small house to provide transitional housing that’s built on a cultural foundation. Its first resident will move in during the next few days.

“This will really be building off what Northwest Indian Community Development Center already does,” said Liz Richards, who manages victim services for the Department of Corrections. “This is the first step taken here. Hopefully, this is the beginning of a lot of conversations and work that’s going to be happening.”

Sun Apr 10 , 2022
Formal entry opens into a foyer nook that is open to the adjoining living room. Gray, wood-laminate flooring fills the foyer and continues throughout the entire house with the bathrooms being the exception. A bay window trimmed with wood fills the living room with natural light, and bricks accent the […] 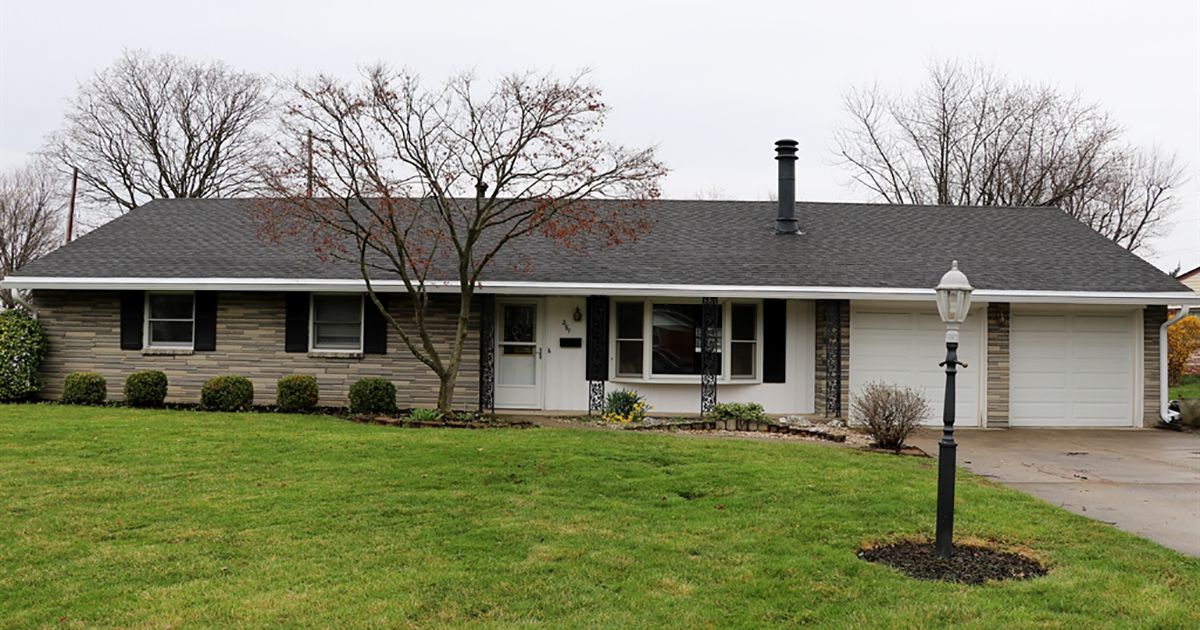