For homeowners considering renovations, knowing the areas of the their home where they can get the most bang for their buck can be just as overwhelming as project timelines.

While the answer often depends on who you ask, there is some data to back “conventional wisdom” that kitchen and bathroom renovations offer the best return on investment.

However, the report found that it was another area of the home that exterior improvements offered the best return on investment, accounting for 11 of the top 12 projects with the highest return. Garage door replacement landed the top spot with nearly 94% of costs recouped, with manufactured stone veneer, fiber-cement and vinyl siding replacement and window replacement landing also at the top.can

That’s no surprise to Jeff Smith, director of sales at M&M Home Remodeling Services in Crete, who says updating the outside of a home can offer homeowner a significant return on money spent.

“Replacing your siding, windows or garage door are some of the best investments you can make in terms of ROI,” Smith said.

John Cancialosi, owner of Tinley Park Kitchen & Bath Shoppe, says inside the home, clients are focused on bringing light and natural warmth to kitchens and bathrooms. Among the most popular design choices are Shaker style cabinet doors and quartz countertops.

“Making it light and bright is popular, so adding more light fixtures if the room is dark,” he said. “Under-cabinet lighting is really big.”

Additional lighting also is popular in the bathroom, along with removing soffits, areas of the ceiling that have been lowered or enclosed.

“If there’s soffits above the shower or vanity, we’ll remove those,” Cancialosi said. “It gives the bathroom a much larger feel, as does getting rid of shower curtains and putting in shower doors, which allow you to see beautiful tile work.”

While exterior improvements and kitchen and bathroom renovations can provide the best return on investment, Cancialosi says simple changes can make a big difference as well. Replacing outdated banisters and refinishing floors can give a home a needed facelift.

“Then of course putting a fresh coat of paint on everything helps quite a bit,” he said.

Cancialosi says it’s important to keep in mind that with high demand for home improvements, labor shortages and supply chain issues, some projects may take longer than others.

“We’re typically waiting anywhere between 14 to 20 weeks for cabinetry,” he said. “It used to be four to six weeks. The bathroom cabinetry we can get a little bit quicker. That’s between four and five weeks, but the kitchen cabinetry is taking us quite a bit of time.”

“The good news is that most roofing, soffit, fascia and gutter projects can be turned around in a matter of two to three weeks,” he said. “Siding projects are averaging closer to a month right now.”

Window and door production has been most affected, Smith said.

“Window and door manufacturers have had, and continue to have, trouble sourcing the necessary raw materials and various components it takes to assemble these custom products,” he said. “While it’s gotten marginally better since last year, these projects still have the longest delays.”

To shorten a project timeline, Smith suggests to order “standard” colors suppliers are likely to stock.

“Understand that manufacturers are doing their best to produce product, suppliers are doing everything they can to get it in their warehouses, and contractors want nothing more than to install it for you tomorrow,” he said.

Get the latest local business news delivered FREE to your inbox weekly.

Spacious Home On Alewife Cove For Sale In Waterford 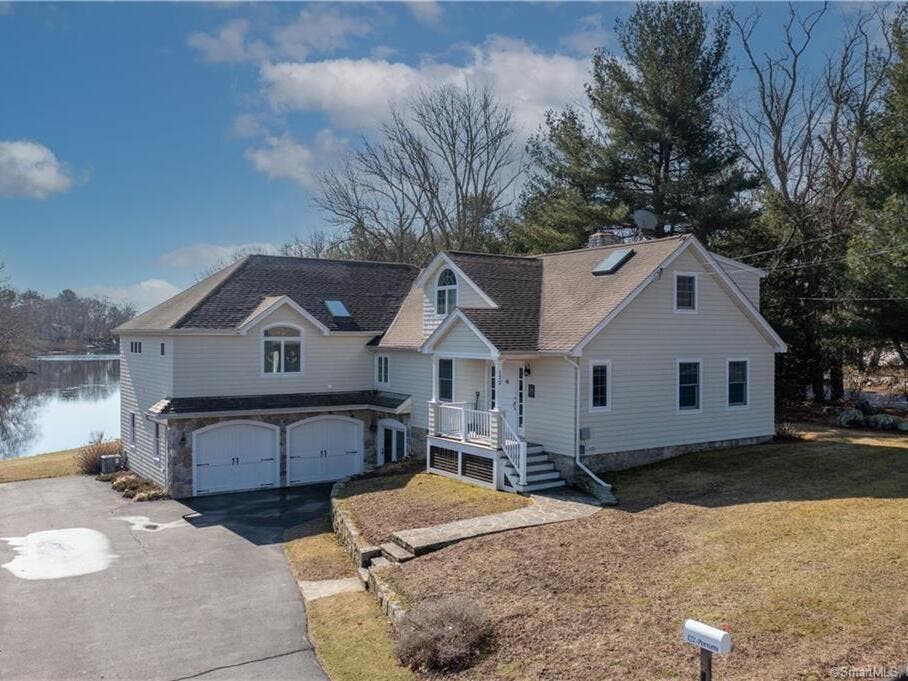