HUMBOLDT PARK — Crews are wrapping up a $14 million overhaul of a single-room occupancy building that has been in Humboldt Park for more than 25 years.

Humboldt Park Residence at 1152 N. Christiana Ave. was built in 1995 by affordable housing developer LUCHA as a 68-unit single-room occupancy for people who have experienced homelessness and those at risk of becoming homeless.

LUCHA launched a renovation in February 2021 to upgrade the building’s outdated features, like its jack-and-jill bathrooms, and add amenities for tenants, Affordable Housing Director Charlene D. Andreas said. Now, each apartment has a private bathroom and small kitchen, and the building has computer and fitness rooms on the ground floor, and an updated mix of units.

“We were reaching that point that we needed to do some updates,” Andreas said.

Before the rehab, 58 percent of the building’s apartments were subsidized through Chicago Housing Authority project-based vouchers and the Chicago Low-Income Housing Trust Fund. The rest were for people earning 50 percent of the area median income, Andreas said.

Now, the building has 65 apartments instead of 68 because of the reconfigured layout, but more of them are subsidized: about 90 percent, Andreas said.

The project was funded through tax-exempt bonds, low-income tax credits and a federal program, Andreas said.

LUCHA rehabbed the building in response to the growing need for subsidized housing in the area and across Chicago, Andreas said.

Many of Chicago’s single-room occupancies, which were built in the early 1900s to house low-income workers, have shut down in recent years, some even after the city tried in 2014 to save them with a preservation ordinance.

“It was really important for us to preserve this, and preserve the community we had built here over the last 20 years,” Andreas said.

The Humboldt Park Residence renovation is expected to finish in the next few weeks, Andreas said. Most of the apartments are already rented; LUCHA plans to tap into its long waitlists to fill the remaining seven units, Andreas said.

The building’s makeover comes as Humboldt Park continues to experience rapid gentrification-fueled displacement, in part due to The 606’s Bloomingdale Trail.

“We still have a significant need — and even moreso now after COVID — for people … to have a secure, safe and decent place to live,” Andreas said.

Click here to support Block Club with a tax-deductible donation.

Thanks for subscribing to Block Club Chicago, an independent, 501(c)(3), journalist-run newsroom. Every dime we make funds reporting from Chicago’s neighborhoods. Click here to support Block Club with a tax-deductible donation.

Sat Mar 5 , 2022
“There’s a difference between messy and complexity: complexity is overwhelming if you don’t know what you’re looking at. Complexity is way more interesting than simplicity.” Fragment of a flowering meadow, early autumn goldenrod and asters. Quote and photo: Edwina von Gal March 5–18, 2022 MOUNT WASHINGTON — A gardener’s currency […] 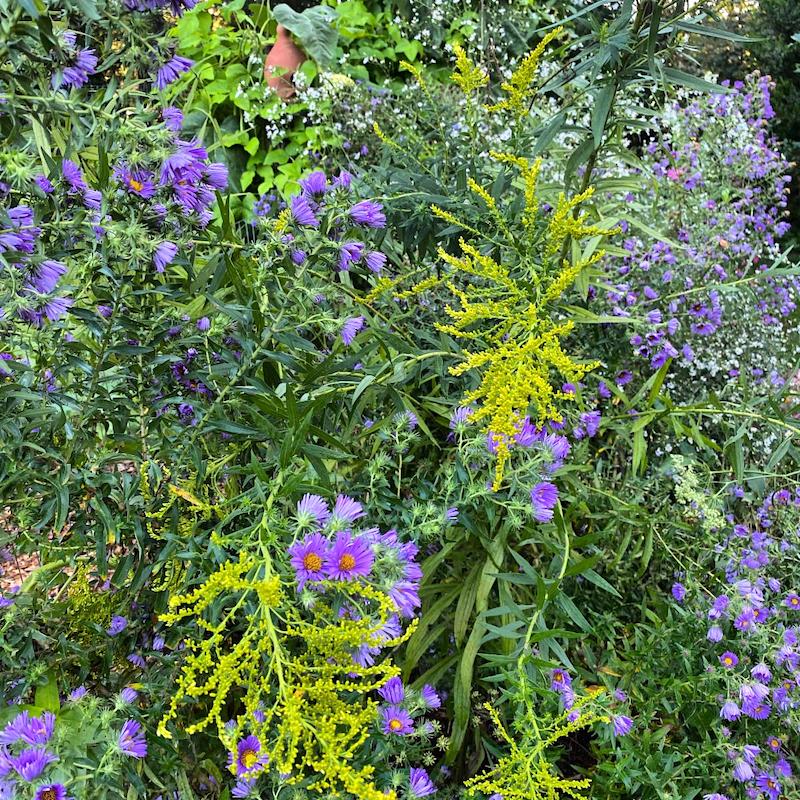