HANNIBAL — Trent Salzman surrendered his life to recovery from addiction about five months ago in a cell at the Marion County Jail.

Salzman lost his mom to COVID-19 in 2021, which sent him into a heavy relapse. After his day in court, he took residency for the fourth time at the Harvest House, a recovery facility located in a church building on Hope Street in Hannibal.

“Sometimes when we first come through here we are just so sick and so broken that we turn back into drugs,” he said. “When I came back this time I was completely broken.”

Although broken, Salzman said his recovery this time was different. He gave his heart and soul to finding a new life through his faith and through the help he found at the Harvest House.

“I had a big hole inside of me that I had to fill with something. I had to surrender,” he said. “For so many years I thought I just had a drug problem but it wasn’t just a drug problem. It was part of a much bigger problem and that was a spiritual problem for me.”

Salzman learned it wasn’t just removing drugs, it was fixing his mind and his soul – and connecting with the right people.

He found those people at the Harvest House, and now he wants to give others the same chance he had. Rolling up his sleeves, Salzman is now building part of the same home that helped build him.

Saltzman joined other residents of the men’s living quarters and volunteers from area churches, including board member of Harvest House, the Rev. Randy McDonald, pastor at Adiel Baptist Church.

The remodel will expand the men’s living quarters, adding seven rooms to the 14 the building currently houses.

The men at the Harvest House, and the women at the women’s facility who live across town, form close relationships as they live out their recovery together. With private rooms but shared living quarters, kitchens and bathrooms.

The new downstairs apartments will feature a bedroom and private bathroom with a shared kitchen and living room to still provide community living. These apartments will be for residents who have been through the program but want to continue life at the Harvest House.

“Many men want to stay and they are able to do that for as long as they want,” said the Rev. James Bridges. “When people get out of jail and go back to their old environment, you are putting them right back in the fire. We want to be that place after jail and after treatment.”

Salzman is one of those men and he has already chosen his room. He has found fellowship and accountability at the Harvest House and he wants to stay there.

“You have to be careful who you are around and that’s why we are a tight-knit group here,” he said. “It’s not snitching here, it’s holding each other accountable. We’d rather you not like us and live than like us and die.”

Salzman also points to Living Way Fellowship, the church pastored by Bridges, as a big part in his recovery along with bible study and prayer within the guys at the Harvest House.

“Showing up every week and being involved and praying – plus with the guys in the house,” he said. “Developing those healthy relationships that I am able to take back into the community.”

Not only do the men of Harvest House live together but they serve together as well. Salzman helps at other Harvest Outreach ministries by serving no-cost meals to the community at Loaves and Fishes and packing boxes for the food pantry, Feed America.

Bridges said his own journey to recovery is what led him to start the Harvest House ministry the Rev. Larry Hinds, pastor of Brush Arbor Church outside of Monroe City.

Bridges, who once used IV drugs, is now 18-years sober after spending over a decade in prison and time at 30 treatment centers, halfway houses and sober living facilities.

Meanwhile Hinds, a relative of Bridges, was preaching at prisons and jails and continuously praying for Bridges through his addiction and time in prison.

Years later, they connected again at a National Day of Prayer event where they were both invited to preach, and when Hinds got up to speak, he pointed at Bridges.

“Larry got up and said, ‘I don’t know why I am here but I want to talk to this guy,’” Bridges said. “He was desperately wanting to do something to help people after jail.”

Taking everything he learned from his time in various treatments, Hinds and Bridges formed a program in 2010 that has now helped hundreds of men and women transition into life after addiction.

Salzman said at 46-years-old, he finally feels like he is really living.

“I stopped fighting everything and I surrendered my life to Christ,” he said. “I don’t like that old lifestyle anymore and I don’t want anything to do with it.”

$72M Island With Unfinished Home Is the Week's Most Popular Listing

Sat May 7 , 2022
Homes on private islands always attract clicks—especially when they come with an intriguing backstory. This particular megamansion on a 348-acre island in Montana has yet to be finished. That potent combo of luxurious location with a half-done home made the $72 million island this week’s most popular listing on Realtor.com®. […] 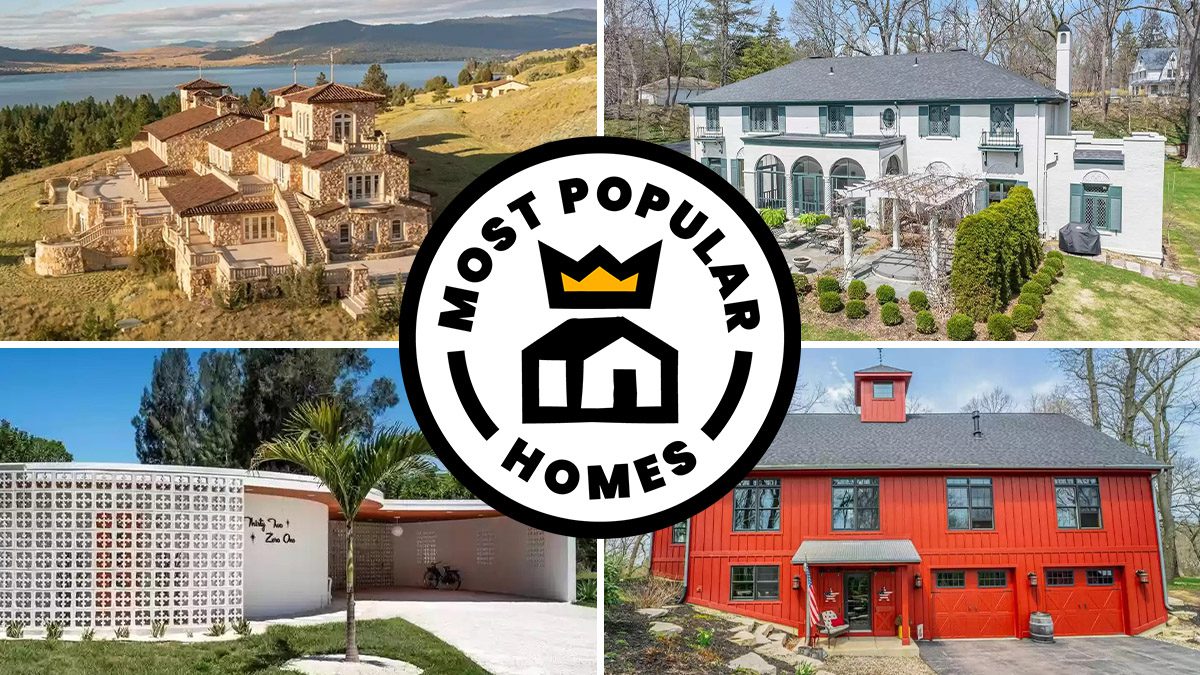 The best and quietest dishwashers you can buy, plus deals

Instagram says these kitchen trends are so out, but we disagree