West Hansen’s role is to inform people of the government benefits and services they can access, including the coronavirus vaccine. But many of his clients distrust the needle.

West Hansen’s role is to inform people of the government benefits and services they can access, including the coronavirus vaccine. But many of his clients distrust the needle.

West Hansen pilots his muddy Subaru through the industrial landscape of Southeast Texas where he grew up — past Bible churches, donut shops and the silver industrial towers of the refineries. The longtime social worker says he’s given up trying to explain to his clients how safe the COVID-19 vaccines are.

“I’ve grown weary of it,” he says. “I’ve realized that there’s no convincing somebody once they have their mind made up.”

He pulls up to the neatly trimmed yard of a townhouse where Donna and Danny Downes are waiting for him in their living room. She is a work-at-home administrator for a fence contractor; he’s a retired insurance salesman who is legally blind. They are devout Baptists.

“We don’t like vaccines because we feel like if we live healthy … we have more immunity,” she says. “And if we get it, we feel like that’s God’s will, and so we just leave it in His hands.” The virus killed Donna’s sister and sent her husband to the hospital, but they remain opposed to getting their shots.

About 66% of Americans are fully vaccinated. But as the United States approaches a million deaths from COVID-19, the virus mortality rate is being driven mainly by people who are not vaccinated, according to the Centers for Disease Control and Prevention. Nationally, about one in six Americans say they “definitely will not get the vaccine,” according to the Kaiser Family Foundation.

“One thing that has been really consistent in all of our surveys is the size of the group that says they’re definitely not getting vaccinated,” says Liz Hamel, vice president and director of public policy and survey research at KFF. “That hasn’t shifted in over a year.”

“The ones that have been most likely to say they’re definitely not going to get the vaccine have been Republicans and people living in rural areas, as well as white evangelical Christians,” she says.

Kaiser’s survey data shows that 20 percent of those who say they’ll never get the vaccine identify as Democrats or politically independent, and 28% live in cities or suburbs.

Hansen, a 60-year-old social worker who’s done this work for nearly half his life, says his clients are often older people who require assistance with their daily living. His role is to inform them of the government benefits and services they can access, including the free vaccine.

“This recalcitrance towards getting the vaccine flies in the face of the fact that they had family members die of COVID,” he says. “They openly say, ‘Yes, my brother died of COVID’ or ‘My mom died of COVID,’ And they still won’t get the vaccine knowing full well that this is a possibility for them.”

In another call that day, Hansen parks in front of a ramshackle house at the end of a wooded, unpaved road. Inside the rooms are overrun with cats and strewn with trash. A husband and wife, in bathrobes, lie in recliners in front of a TV waiting for him.

The woman, a 57-year-old retired graphic designer named Faye, asks that her last name not be used because she was disabled by a stroke last year and wants her medical privacy.

“Yes, we have a polio vaccination from years and years ago and it’s worked fine,” she says. “Measles vaccine worked fine. But I don’t know how long it took to get those vaccinations … I felt that the vaccination came out too quickly after COVID hit.”

Faye says she’s laid up because of a stroke last October. She was in the hospital earlier this year because of complications from COVID.

“To find out months later, after people are getting the vaccination, they’re still getting COVID,” she says, “So what’s the point? I just don’t believe in the vaccination. It scares me too much.”

Later in the week, Hansen visits Betty and Mike Spencer, a retired teacher and a truck driver who live in the country near the San Marcos River in Central Texas. The Spencers forthrightly acknowledge that they believe in conspiracy theories. Mike says he watches Alex Jones’ Infowars and that he distrusts the accepted narratives of the Kennedy assassination and the terrorist attacks on Sept. 11.

“You know,” he says with a wry smile, “there’s several people that say the only difference between a conspiracy theory and truth is six to eight months.”

In regard to the vaccine, Mike says he thinks it was designed as “a de-population tool.”

“I think there’s malevolent stuff in it that has to do with nanotech and transhumanism and the internet-of-things making people — eventually with 6G which is coming after the 5G — where you’re biologically tuned into the internet at all times,” he says.

For the record, COVID-19 vaccines are FDA-approved, and recommended by the CDC because they’re safe and effective at preventing serious or fatal cases of the virus.

Not all of Hansen’s clients distrust the needle. Elizabeth Yahr is a 78-year-old retired hairdresser who is vaccinated. When the social worker arrives, she is sprawled on her La-Z-Boy watching TV with family.

“I saw too many people dying of COVID. So it just seems stupid to me to not want to get the vaccine,” she says emphatically.

According to recent data from KFF’s COVID-19 Vaccine Monitor, partisanship and political ideology play a much larger role than scientific evidence in vaccination decisions. In the survey, 56 percent of Republicans and 92 percent of Democrats said they’d been vaccinated. The unvaccinated individuals who are quoted in this story all say they voted Republican in the last election. In the time of the pandemic, vaccine disinformation has become widespread. More and more people distrust the mainstream media and pick their own sources of truth, according to a separate KFF report.

“I mean, they’re mainstream,” says Faye, the retired graphic designer. “They’re just going to say what the government wants them to say. I’m not an idiot.”

Asked where she gets her news, Donna Downes says, “I don’t really watch a news broadcast,” she says. “I just do a lot of research, and people that I trust, that feel the same way I do, I follow.”

“It’s just shocking,” says Hansen. “I mean, you’re offering a drowning person a hand and they slap it away and they’re doubting you can pull ’em to shore. It’s very perplexing.”

Kenneth Coleman, director of the Beaumont Public Health Department, says that in Jefferson County — where Beaumont is the largest city — a little over half the residents are fully vaccinated, a rate that trails the state and the nation. His office has been begging folks to get the vaccine.

Kenneth Coleman, director of the Beaumont Public Health Department, says that in Jefferson County — where Beaumont is the largest city — a little over half the residents are fully vaccinated, a rate that trails the state and the nation. His office has been begging folks to get the vaccine.

Hansen’s frustration is matched by that of Kenneth Coleman, director of the Beaumont Public Health Department. He says that in Jefferson County — where Beaumont is the largest city — a little over half the residents are fully vaccinated, a rate that trails the state and the nation. His office has been begging folks to get the vaccine.

In his 30 years with the department, Coleman says he has never seen people so opposed to common sense health practices. Today, he’s worried not just about another deadly COVID variant, but about the fundamental loss of trust in public health services.

What happens, he posits, if there is an outbreak of measles, meningitis or tuberculosis?

“I have people calling me,” he continues, “‘Well, I don’t trust anything that CDC says,'” I say, ‘Well, when it comes to public health, there’s no one left to trust because CDC is the Bible of public health.'” 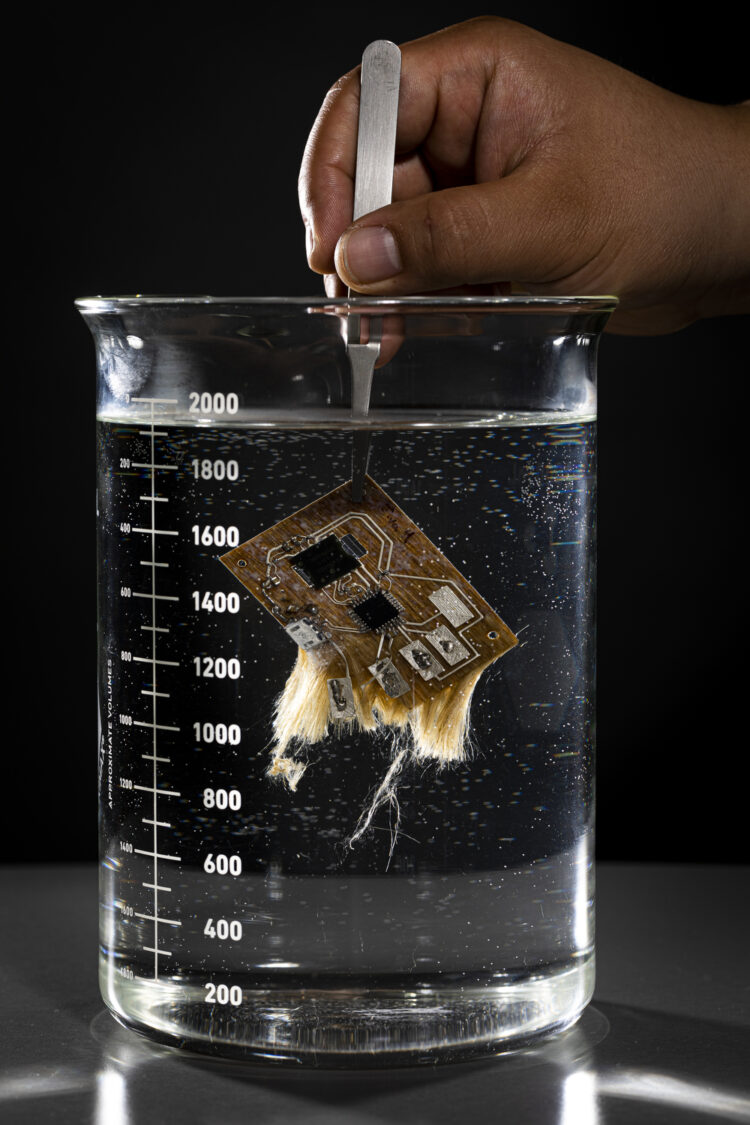