Scott Rider, who has Parkinson’s disease, woke up at 3 a.m. one night with an idea for a new kind of home that could be adapted to the needs of people with physical limitations.

“The whole idea,” Rider told the Beaufort Gazette and Island Packet, “was to create a house that didn’t feel like a home-care facility.”

Rider took that vision, which he had 18-months ago, to Robert Turner of Habersham Land Co., and Moser Design Group, a residential designer.

The result is the Southern Living Adaptive Cottage, which is especially designed to meet the needs of people with mobility issues or those who are “aging in place.” The well-lit, open plan is a far cry from a nursing home or hospital.

“We wanted it to be a beautiful place,” said Eric Moser of Moser Design Group, which designed it, “that anybody would want to live in.”

The three-bedroom, three-bath home in Habersham, a community of 1,600 north of Beaufort, has special designs and finishes that make it possible for a person like Rider, who has physical limitations, to live more independently, but it looks and feels like a “normal” home, and that’s by design.

The adaptive cottage, those involved with its design and construction say, bridges the gap between everyday design and a fully ADA-compliant house, and can be adapted to the changing needs or conditions of the people living in it. For example, ramps allowing wheelchairs, or grab bars, can easily be added later.

Ways in which the house’s design is different can be subtle and simple: Hallways are wider, the doors to rooms slide and there’s more shelf space in the bathroom that would just be wall space under the typical design.

Or advanced: Water temperature in the shower can be set with the push of a button. A roast cooking in the oven can be checked by watching via a phone app.

Clever: Instead of having to reach up high to take a shirt down from a hangar in the closet, a bar can be pulled down to floor level for easy access.

Practical: Zero entry showers. That means there are no obstacles on the floor, such as a shower’s edge or bathtub, preventing access. And each room has windows on at least two or three walls, improving the lighting. “The older we get, the more light we need,” Patterson said.

A separate entrance is available for adult children, a caregiver or “care partner.”

“They can come and go without interrupting my life, and vice versa,” says Rider. “I think that’s huge.”

Moser, of the Moser Design Group, says today’s homes are often designed with a typical immediate family in mind. However, more and more families are multi-generational, he says, and may have parents and older children or a caregiver living in the same house. That changing reality should be represented in the designs of the home, he says. One example is the addition of the “lock-out,” or a separate entrance.

Moser Design already is working on producing replicas of the Habersham model, with some changes.

Southern Living, which is collaborating with Rider, the Parkinson’s Foundation and the design team on the project, is selling copies of the adaptive living house plan, with a portion of the sale proceeds going toward the Parkinson’s Foundation. Sid Evans, the magazine’s editor in chief, said he hopes the project will bring accessibility to the forefront of conversations in the building community.

Raising awareness about Parkinson’s is near and dear to Rider, a former financial advisor for 30 years until the disease forced him to retire. He notes that somebody is diagnosed with Parkinson’s every nine seconds. He hopes the project will raise awareness and funds for a cure.

The beauty of the project, Rider added, is it has also started a conversation about ways houses can be altered in ways that make it possible for people to “age in place” in their homes. Aging in place means living in the residence of your choice for as long as possible.

Habersham is a walkable, mixed-use development with 850 houses, five restaurants and a spa with neighborhoods and parks and houses with front porches where walking and biking are emphasized and low speed limits and narrow streets slow motor vehicles to a crawl.

After Rider, who lives in Habersham, took the idea to the experts, Robert Turner of the Habersham Land Company donated the building site, at cost, and a house was assembled that included Moser Design Group, Kathryn Lott Design and Patterson Builders.

The house has been sold for just under $800,000 — not to Rider — and a portion of the sale price also was donated to Parkinson’s. Southern Living magazine is planning an editorial feature in its August issue, which will be on newsstands July 15.

Karl Puckett covers the city of Beaufort, town of Port Royal and other communities north of the Broad River for The Beaufort Gazette and Island Packet. The Minnesota native also has worked at newspapers in his home state, Alaska, Wisconsin and Montana.

Sun Jun 5 , 2022
Chinatowns are areas in cities outside of mainland China that are home to large numbers of Chinese people. Cultural and arts organizations in Chinatowns across North America have worked for years to bring greater awareness to these communities. But Asian communities have recently faced two major problems –pandemic-related shutdowns and […] 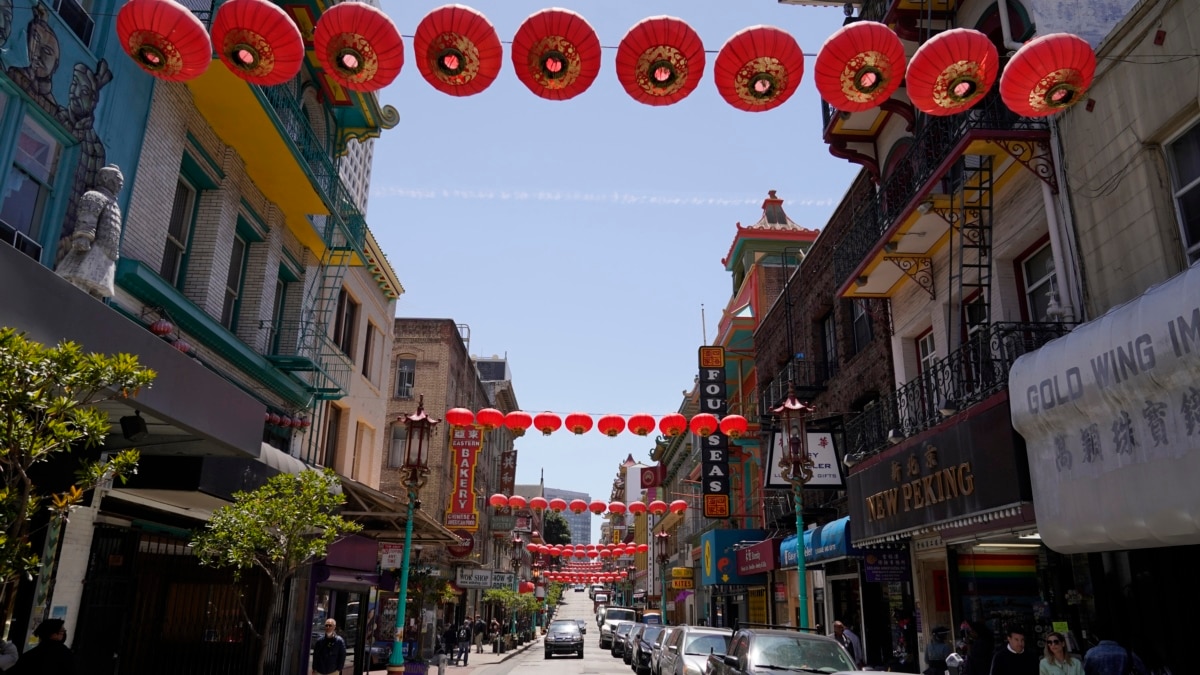